Fancy a new role in IT? Here’s what’s on offer in Asia

The start of a new year is as good a time as any to begin thinking seriously about a possible career move. Given the very early stage of economic recovery in the UK, there are limited possibilities at home, so what about taking the leap to Asia? After all, it’s one of the global economy’s strongest performing regions and in markets like China there are huge sums of public and private money being invested into IT upgrades and infrastructure projects.

Well, I spoke to several recruitment experts in China, Hong Kong and Singapore to get the low down on the opportunities, but also the challenges for job-hunting ex-pat IT pros.

First up is China. According to Michael Page senior manager Joshua Rafter the job market is stable and growing, with pharmaceutical, healthcare, chemical, retail, automotive and technology sectors growing particularly strongly. Skills in demand include business-facing roles such as project managers and business analysts.

Hong Kong is also looking pretty positive, although more so in the commercial rather than the financial sector. Roles in demand there include app devs, help desk analysts, system admins and business analysts/project managers with ERP skills.

Finally, Singapore will continue to be strong, especially in second and third quarters, with business-facing roles again in demand, although Michael Page manager Michael Nette warned me that ex-pats will only be offered local packages.

The bad news for ex-pat IT pros is that local talent is strong and getting better all the time, so anything under senior managerial level roles will probably be filled by home-grown professionals. What’s more, in China you WILL be expected to speak Mandarin, or at least to have lived and worked in the country for a time previously. Language skills in international business hubs of Singapore and HK are less important (although would still give you an edge), but job seekers will be expected to do their search from over there, so it’s going to take a leap of faith.

“Be stationed in Hong Kong for a extended period. Visiting for only a week or applying for jobs from abroad make it very difficult to secure a role in Hong Kong,” said Michael Page regional director Christopher Aukland. “A lot of expats find roles through networks rather than applying directly – therefore being here in person to network extensively is critical.”

The days of the cushy ex-pat package are pretty much gone, so expect local wage scales and lots of competition, unless you’re lucky enough to get a transfer out here with your current employer. That said the experience gained – both life and work-wise – will be invaluable for future career prospects, so it’s well worth a punt if the time is right for you. 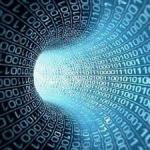 Why Lenovo can’t launch its phones in the US yet

Lenovo is the number one PC maker in the world and rapidly gaining popularity in the smartphone space, where it’s second in China, yet it’s been forced to delay its planned entry into the US mobile space by up to 3 years.

Reports from CES last week had Lenovo execs lowering expectations in front of the media rather than the usual ambitious predictions and bravado that characterise the world’s biggest consumer electronics show.

As I reported on The Reg, CEO Yang Yuanqing predicted last May that the firm would launch a phone Stateside within a year.

However, at CES Lenovo’s Americas president Gerry Smith told journalists it could be another 2-3 years, and that the firm was waiting for the “right time”, the “right product” and looking to boost marketing/branding spend first.

It’s certainly a given the firm will eventually take on Apple in its own back yard, but with PC sales tanking globally, why such a long lead time?

I spoke to some local analysts to find out.

IDC’s Melissa Chau argued that it comes down to brand recognition and industry partnerships.

“The biggest challenge any smartphone player has in breaking into the US has to do with partnerships. Even Nokia found it a problem building the right relationships with carriers and I wouldn’t be surprised if Lenovo is finding the same,” she told me.

Lenovo needs also to find a unique selling point – something to differentiate it from the likes of Huawei, ZTE and others which have already shown they can produce decent handsets for US punters at low cost.

“Lenovo is one of the most well-known Chinese brand with a good brand image even in the US, which may help it do better than some of its Chinese peers when it does launch its smartphones there, although there are plenty of other reasons that will help determine its success, such as the products, channels, marketing and timing,” she told me.

In the end there’s nothing wrong with a company like Lenovo taking its time before launching into an important market.

But I have a feeling that it will make a move sooner rather than later. Giving your rivals – especially Chinese ones like Huawei – a 2-3 year head start is never wise, let alone in a fast-moving and highly competitive space like the US smartphone market. 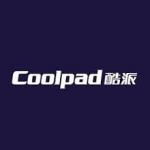 In the world of Chinese smartphone makers the name on everyone’s lips at the moment is Xiaomi, but how many of you have heard of Yulong?

Well, it’s a name which may well become more familiar to tech-watchers in 2014 if its sales predictions for the year turn out to be more than the usual new year marketing hype.

The Shenzhen-based firm, which is slightly better known under its Coolpad brand, said it’s hoping to shift 40 million 4G handsets this year in China, in addition to 20m 3G devices.

Some local media reports have the company claiming this will help it topple global leader Samsung in the 4G stakes, even though the Korean giant is currently way out in front in the Middle Kingdom with a market share of nearly 20 per cent – almost double that of Yulong.

They would appear to be a combination of mis-reporting and vendor hype, though, as Samsung told me it hasn’t even released any predictions on how many 4G handsets it will sell this year.

A Lenovo spokeswoman, meanwhile, said: “It’s not our practice to comment or make prediction on unannounced products.”

That aside, however, Coolpad has been gradually creeping up the smartphone rankings in its home country over the past few years, largely without the media attention that has greeted Huawei, ZTE, Lenovo and, of course, Xiaomi.

That might be because it has neither Xiaomi’s flair, Huawei’s big bucks, nor ZTE’s propensity to court controversy.

It’s currently third in the rankings just behind Lenovo, according to IDC stats for Q3 2013. If it’s to continue to climb it’ll need to make sure it’s competitively priced relative to Samsung, around the 1-2,000 RMB mark, IDC’s Bryan Ma told me.

Apart from that, “speed to 4G” will also count, he added. To this end, Yulong has already struck a deal with China Mobile to sell its TDD/FDD-LTE handset the Coolpad 8920 and there’ll certainly be more to follow.

So will the firm join Huawei, ZTE and others in aggressive overseas expansion? Well, it already is selling in markets like the US, but headway there has been more difficult given its low brand recognition.

It might have overtaken Apple in the Middle Kingdom last year but 2014 will be a tough year for Yulong and its parent company China Wireless to make an impact abroad – that is, outside of emerging markets where the appetite for cheap smartphones is greater.