What to Expect from Giants of Console Gaming in 2015 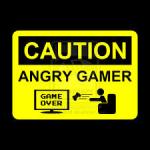 I’ve just finished a feature on the console gaming market which was just about as far out of my comfort zone as you can get.

Still, it’s always good learning about new areas of technology, so here’s what I have surmised over the past few days:

And there you have it. All you need to know about console-based gaming in a few media friendly sound bites.